Previous Next
iPad Hire For The Motorcycle Live Show! 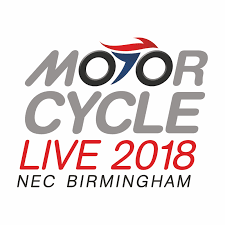 There is still time to order your iPads and related services from B2B Rentals for the upcoming Motorcycle Live Show!

Motorcycle Live 2018 have appointed B2B Rentals Ltd (formerly iPad Hire Ltd) the iPad rental specialists as their preferred supplier of iPads and related accessories/services for the fifth year in succession and have negotiated special pricing across the full range of iPads and equipment for the nine day Exhibition at the NEC.

Please contact B2B Rentals Ltd directly for more information and to obtain a quote based on your specific requirements. To give you an idea of the services available please see below:

The following services are offered as standard for added value:

Pre-load of client software/App
Locking iPad to website/App
Installation of 3G/4G cards (where required)
Technical Support
Telephone technical support will be available between 08:00 and 20:00 each day for the duration of the show.
In the unlikely event of any of our equipment becoming faulty, we will replace the same day where possible or the next day.
Delivery/Collection

Need Help ? CONTACT US NOW To Help You Make The Best Choice for your Needs

Motorcycle Live 2017 drew to a close on 26 November after a nine-day stint at The NEC, Birmingham, where 107,072 bike fans enjoyed what many have hailed the most interactive, entertaining and action-packed event in the show’s history.

Over 40 of the world’s leading motorcycle manufacturers turned out in force to debut their brand-new 2018 machinery, each one pulling out all the stops with their spectacular stands.

Special features included a 20th anniversary display of the Yamaha R1 YZF, a full restoration of Kevin Schwantz’s Suzuki RGV500, a celebration of 25 years of the Honda Fireblade and the Harley-Davidson Jumpstart feature.

Among the interactive features at the show were ten FREE opportunities to ride a bike, with activities for all ages and levels of experience.

Strider and Arenacross were busy getting youngsters on two wheels, while Get On’s Two Wheel Taster and BMW’s Rookie to Rider targeted new bikers.

Experience Adventure and the Yamaha Dark Side MT Tour allowed licenced motorcyclists to take a selection of great models for a spin. The ACU offered the chance to Try Trials and BMW tutored people in Off Road Skills.

The stunning FMX Live presented by Arenacross did not disappoint in its final year of tenure, keeping the crowds on the edge of their seats with bigger, braver and more impressive stunts than ever before. Slightly more sedate, but no less extraordinary, were the Classic Feature supported by The National Motorcycle Museum and the Custom Xtreme Zone supported by Back Street Heroes.

If that wasn’t enough excitement

each and every day saw an influx of famous faces from the world of motorcycling and beyond. MotoGP’s Johann Zarco could be found back flipping off the Black Horse stage while the legend that is John McGuinness signed autographs on the Isle of Man TT stand and singer James Blunt tried his next motorcycle out for size.

To round off a truly memorable week

the winner of the Motorcycle Live Ace Builds custom showcase was announced, with Phil Price from Stoke-on-Trent’s Yamaha XV750 Virago “PP2” being voted the ‘Ultimate Ace Build’ by show visitors.

said David Holloway, sales director of Infinity Motorcycles, which has ten retail stands at Motorcycle Live. “The visitors coming to our stand have all been genuinely enthusiastic, having a fantastic time and really raving about all the entertainment and interactive things to see and do. It’s been a brilliant year.”

We’ve had so many keen visitors to the stand – all absolutely loving the show and the entertainment on offer.

Flat Tracker and we’ve hundreds of genuine orders, with the Scrambler totally selling out. It couldn’t have been a better show for us and we can’t wait to do it all again in 2018!”

It’s good to talk, give us a call.

We would love to discuss with you any requirements you have and help you to find the best strategy for all your future marketing campaigns.
Contact Us Now
By Tony Whitehouse|2018-09-07T08:42:16+00:00September 6th, 2018|News|0 Comments

About the Author: Tony Whitehouse